Every dream house needs to have it’s own pool. So does the ADA house. I invite everyone to come over and take a dive. The water is nice and cool and drinks will be served upon request. Free of charge!

Well OK, the pool isn’t actually filled with water and I am not serving drinks. Instead I am operating two Cardano relay nodes and a block producer core node which allows everyone with ADA to stake their tokens and make some nice extra profits on the side. 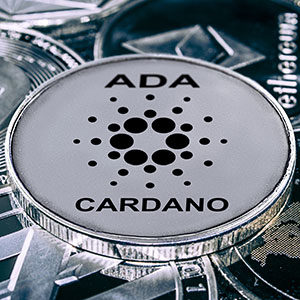 Best of all: it’s free of charge and your crypto coins won’t ever leave your wallet.

OK, so whats the catch? you may ask yourself. Well .. there’s no catch. This is what it is. If you decide you want to participate in staking ADA, whether it is with me or with another great stake pool, you simply register as such in your own wallet and with every block that is produced by the stakepool you’re registered with you earn a share of the reward paid out for producing that block. It’s as easy as that!

How does this work? Do you pay out the rewards? No, this is all done within the protocol, as it was designed by IOHK. Every slot contains transactions and for each transaction a small fee has to be paid in order for it to be send. When a stakepool is allowed to confirm the transactions in a slot (produce the block) these fees are paid out to the stakepool as a reward for producing that block. Because you are part of the stakepool with a certain amount of ADA (your stake) you will receive a percentage of the reward that matches to your staked ADA.

Why should you choose for the ADA house as your stakepool? It’s all up to you. It’s all about what you feel comfortable and because there’s no risk you really can’t go wrong. With the ADA house I provide a full package. Being an experienced devops engineer I designed my stakepool with security, stability and flexibility as the cornerstones. The pool consists of 4 servers. All of them are virtual nodes, located in a datacenter in Amsterdam and run in a backup schedule. This allows me to deploy a new machine in matter of minutes, when needed. Only the 2 relay nodes are accessible from the outside world, and only when it concerns traffic from the Cardano network. The block producer is only accessible through the local network. All operational work is done with the use of a stepping stone. This allows me to log on to the local network using a VPN tunnel. The VPN server is secured with a public key infrastructure and the firewall is configured to drop any traffic other than described earlier. I am continuously working on improving the stakepool, whether it be installing updates, monitoring the servers or implementing new services and I actively run this blog.

So yeah .. a new pool. That means it’s still far away from being a pool party. I’ll be sending invitation these next weeks. Meanwhile please take a dive!

Inspiring the Next Generation to Learn Haskell & Blockchain

The ADA house is all about the Cardano network, the ADA crypto currency and everything that is related to Cardano.
Everything I post is always my own personal opinion and should never be seen as advice.